At a James Bond-inspired breakfast at London's The Dorchester Hotel yesterday, author William Boyd signed the first 7 copies of his new James Bond novel Solo to be dispatched to seven thrilling cities around the world. Escorted by a BOA flight crew in a convoy of 7 vintage Jensen cars, the books arrived at Heathrow's Terminal 5 and were collected on a red carpet by 7 captains who then jetted off to Amsterdam, Edinburgh, Zurich, Los Angeles, Delhi, Cape Town and Sydney.

Here's what happened on the other end: 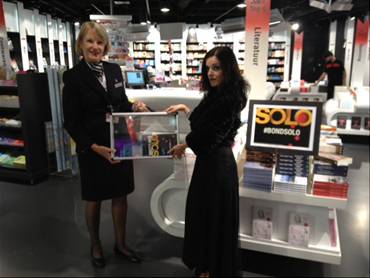 Solo 001 arrived in Amsterdam yesterday at 15.35. On arrival, the book was filmed by Schiphol TV and was picked up by a classic Jensen car. The book will be showcased again on Saturday 28 September as part of a major event at the AKO bookstore in The Hague. 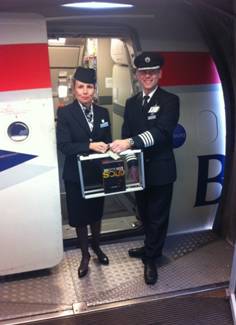 Solo 002 arrived in Edinburgh yesterday at 17.00 and was collected by Alex McGowan, Executive Director of the Lyceum Theatre, where Will Boyd will be performing on Monday 30 September. Solo 002 will be taken on a tour of the city (including an oyster bar on Princes Street) and then on the night of Will Boyd’s event at the theatre, it will be awarded to one lucky member of the audience as part of a prize draw. 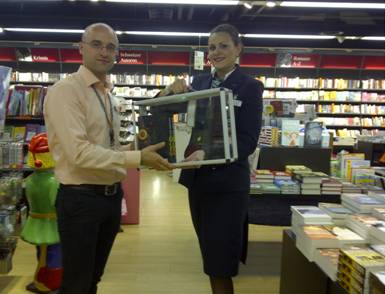 Solo 003 arrived in Zurich yesterday at 18.50. It will be transported to Orell Füssli’s ‘The Bookshop’ (the largest English language bookstore) and put under lock and key until just before Christmas when it will be put on display in the window of the store. One lucky person will have the chance to win this special edition for Christmas. 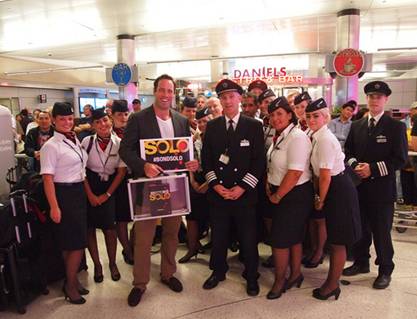 Solo 004 arrived in LA yesterday at 19.15 and was collected by Ian Fleming’s great nephew, Robert Laycock. Robert will then gift Solo 004 to the Californian-based Ian Fleming Foundation for their archive, along with the HarperCollins edition following Will’s trip to the US. 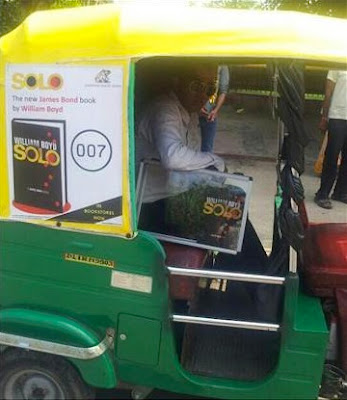 Solo 005 arrived in Delhi this morning at 6.20am where it was picked up by a specially branded auto and taken on a city tour. Sites included the Red Fort, Qutub Minar, and India Gate. Solo 005 will then be handed over to Landmark bookstore for a Bond event and competition. 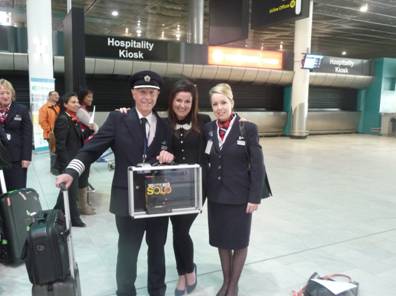 Solo 006 arrived in Cape Town this morning at 7.55am. As you can see they have the friendliest captain ever! On Friday 27 September, Solo 006 will arrive on set, via motorcycle, of the Express TV breakfast show where CEO of Random House Struik, Steve Connolly, will announce the winner of a week-long competition on air.

Sydney
Solo 007 is currently airborne and on its way to Sydney (it takes 2 days to fly there!). Once it arrives, it will be picked up and taken on a tour of Sydney’s key sites by Booktopia, before being awarded to a lucky competition winner. Photos will be circulated when Solo 007 arrives.

Thanks to our friends at Four Coleman Getty for this awesome update.


Solo is available NOW in the UK from Jonathan Cape (Amazon.co.uk). The U.S. edition from HarperCollins will be released on October 8 (Amazon.com).
Posted by John Cox at 11:41 AM