Remember the fake outrage when Daniel Craig became James Bond and it was revealed he would play the part with his natural blonde hair? Well, here's a 1977 Finnish (correction: German) paperback edition of Ian Fleming's Dr. No featuring a blonde Bond. Horror! It's a great cover, but I'm guessing this art is not original to this book. (It reminds me of the artwork used to illustrate the True magazine serialization of Colonel Sun, in fact.) 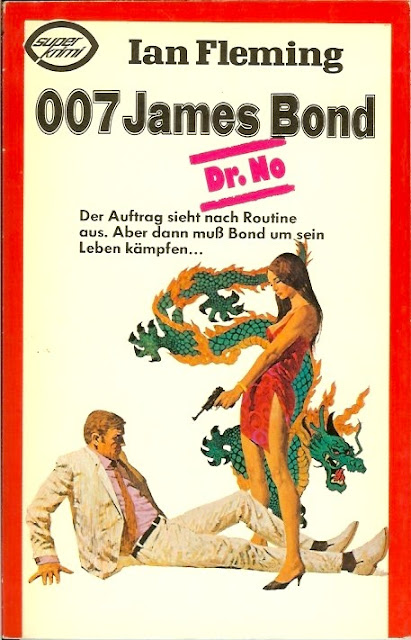 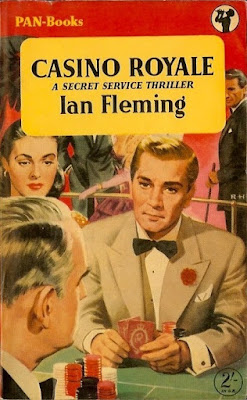