FLEMING biopic to shoot in Budapest next month 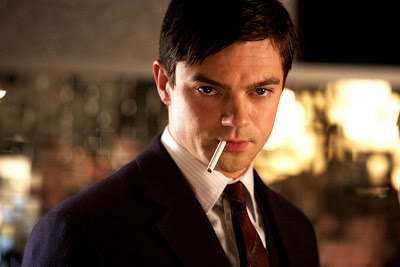 Deadline Hollywood reports that Lara Pulver is joining the cast of the Sky Atlantic/BBC America biopic, Fleming. The four-part drama stars Dominic Cooper as James Bond creator Ian Fleming and Annabelle Wallis as Muriel Wright, said to be "the original inspiration for the Bond Girl".

Pulver will play Ann O’Neill, with whom Fleming had a longterm on-off relationship before she became his wife in 1952, the year Fleming wrote the first James Bond novel, Casino Royale.

Also onboard is Samuel West as Admiral John Godfrey with whom Fleming worked during WWII and who put him in charge of Operation Golden Eye. Lesley Manville will play Fleming's mother, Eve, and Rupert Evans plays his brother Peter. Anna Chancellor plays Lieutenant Monday, an inspiration for Miss Moneypenny.

Fleming is an Ecosse Films production for Sky Atlantic and BBC America and, according to Dateline, "takes a no-holds-barred look at the 007 creator and his early life set against the permissive society of war-torn WWII London."

Mat Whitecross is directing from a script by John Brownlow and Don MacPherson with shooting to start in Budapest next month. BBC Worldwide is distributing internationally.