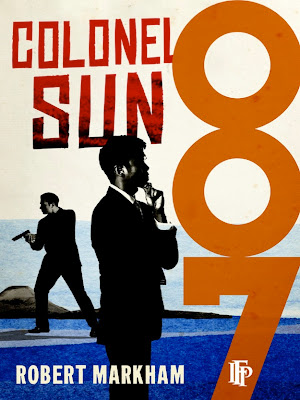 Lunch at Scott's, a quiet game of golf, a routine social call on his chief M, convalescing in his Regency house in Berkshire - the life of secret agent James Bond has begun to fall into a pattern that threatens complacency … until the sunny afternoon when M is kidnapped and his house staff savagely murdered.The action ricochets across the globe to a volcanic Greek island where the glacial, malign Colonel Sun Liang-tan of the People's Liberation Army of China collaborates with an ex-nazi atrocity expert in a world-menacing conspiracy. Bond finds himself working in alliance with the beautiful tawny-blonde agent of a rival secret service in the struggle to overpower this ruthless enemy who discards the unwritten rules of espionage. Stripped of all professional aids, Bond faces unarmed the monstrous devices of Colonel Sun in a test that brings him to the verge of his physical endurance. Colonel Sun was published in 1968 and is the first novel featuring the character of James Bond to appear after the death of his creator, Ian Fleming. It was published by Kingsley Amis under the name of Robert Markham.


Purchase the Colonel Sun eBook from Amazon.com (U.S.) and Amazon.co.uk (UK).
Posted by John Cox at 8:00 AM