Here's a head's up for what sounds like a terrific new book, Catching Bullets - Memoirs of a Bond Fan by Mark O'Connell. 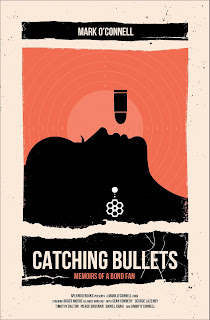 
Catching Bullets - Memoirs of a Bond Fan will be published by Splendid Books on September 3, 2012 in the U.S. and UK.
Posted by John Cox at 3:59 PM

Email ThisBlogThis!Share to TwitterShare to FacebookShare to Pinterest
Tags: Non-fiction