BROKENCLAW gets cover art and a new release date

Simon Gardner has posted on the official John Gardner Facebook page cover art for Gardner's Brokenclaw, which was not included in the batch of covers unveiled last week by Orion. We also have news that the book will now be released on July 5 along with No Deals Mr. Bond. (These release dates have been fluid, so watch my Gardner Renewed page for the lastest updates.) Cover art is by Dan Mogford. 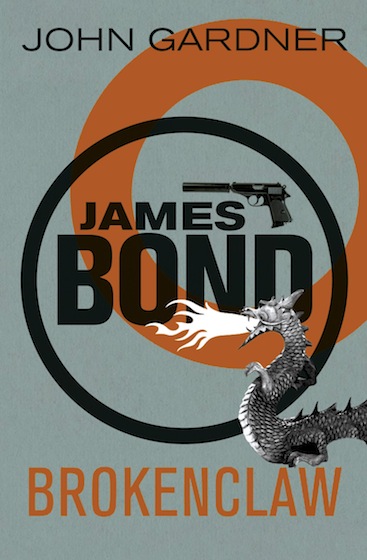 Released in 1990, Brokenclaw was John Gardner's 10th James Bond novel. Written while he was ill, Gardner later said he wasn't happy with the book. But Brokenclaw is actually one of my favorite John Gardner 007 novels. I think Brokenclaw Lee is one of his most Flemingesque villains, and the ending, in which Bond has to endure the Native American O-kee-pa ritual, is fantastic. This is one I can see Daniel Craig in. (Yes, I know, Bond mistakenly drinks tea in it.)

Thanks to Simon Gardner and Louisa Gibbs at Orion.
Posted by John Cox at 8:21 AM