Here's a wild Bond cover you've never seen. Because it was never actually used. This is a prototype cover for the UK paperback edition of John Gardner's GoldenEye novelization (from my own collection). The photo used here was Pierce Brosnan's first publicity shot as 007. At the time, he was filming Robinson Crusoe

, hence the beard and long hair. Pretty cool, eh? Ironically, Brosnan would end his tenure as Bond sporting a very similar look in Die Another Day. 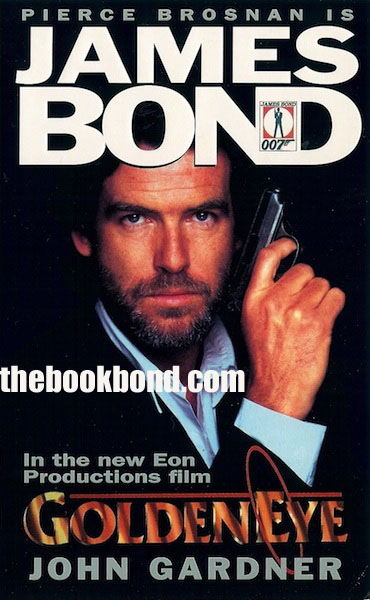 One thing I really like about this cover is the fact that it fits in with the James Bond series design of the time. When the novelization was finally released in November 1995, the final cover was not in this style. That's also a very early version of the GoldenEye logo.
Posted by John Cox at 11:11 AM