Our friends at Disney have provided us with a rundown of Young Bond print advertisements that start appearing in the U.S. this week.

Disney is going to make sure you know Young Bond is BACK with full page ads running in select Marvel Comics through June 9 (the ad here came from Thor). Diamond Comics Preview also contains a full page Young Bond advert. 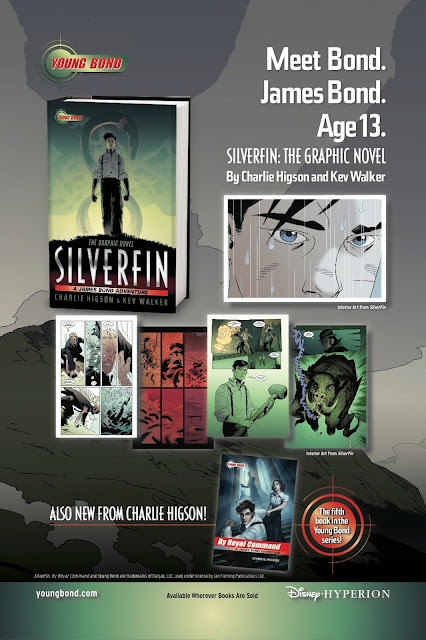 Fans in Washington D.C. may have spotted a half page ad in the Washington Post yesterday (May 26) promoting Charlie Higson’s upcoming appearance at the International Spy Museum.

For an assortment of Young Bond ads and promotional material, check out our Scrapbook.

Charlie Higson continues his U.S. Book Tour today with an appearance at Anderson’s Bookshop in Naperville, IL, at 7PM.
Posted by John Cox at 4:52 PM