Today we are thrilled to show you the spectacular cover art for the U.S. hardcover edition of Charlie Higson’s By Royal Command, due for release on May 18, 2010. 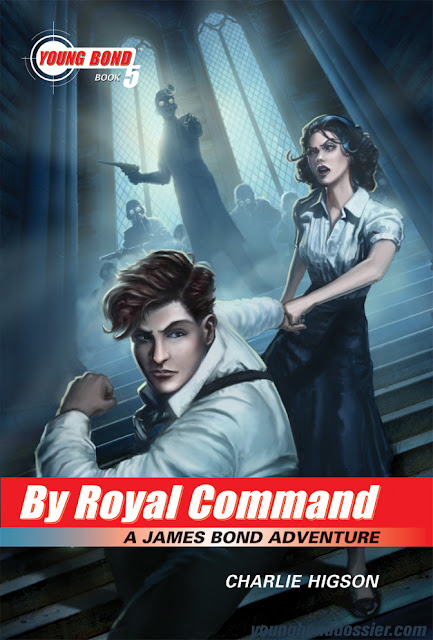 In a surprise, series regular Kev Walker did not do this artwork. For By Royal Command publisher Disney-Hyperion turned instead to artist Owen Richardson.

Richardson studied Illustration at Art Center College of Design in California. He has worked in the entertainment industry as a pre-visualization and production artist, as well as illustrator of promotional and marketing support. He also writes and directs plays for children at the Children's Theatre of Salt Lake City Utah, where he lives with his wife Amy and their two children. (You can view more of Richardson’s work HERE.)

While clearly bringing his own style to the cover, Richardson has continued Walker’s Bond vs. Villain theme, creating artwork showing Bond and Roan Power fleeing the villain and his henchmen. It’s a spectacular image, and the first Young Bond novel to include the Bond Girl on the cover. A welcome addition.

Thanks to our friends at Disney Publishing for a first look at this amazing cover!

This post first appeared at youngbonddossier.com.
Posted by John Cox at 6:51 PM