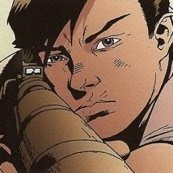 The Young Bond Dossier reports that Disney Publishing will release SilverFin: The Graphic Novel in the U.S. in July 2010 as both a hardcover and paperback.

2010 will also see the release of the paperback edition of Hurricane Gold (April 6) and the hardcover By Royal Command (May).
Posted by The Book Bond at 8:05 AM