Charlie Higson on the secret of Young Bond’s success 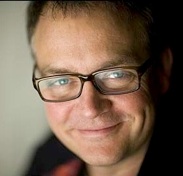 Charlie Higson spoke with the Haringey Independent about his approach to writing and why he believes his Young Bond novels, which to date have sold more than 1.5 million copies, have been such a success.

“I have three boys, aged ten, 14 and 16, and I grew up with three brothers, so I think it’s fair to say that I understand boys very well!

“I know what they like, how they think and what they get up to, so I’ve been able to use all of that for the Young Bond books. I think for a long time there weren’t too many “boysy” books around and what I’ve done is tap into those good old-fashioned adventure stories that used to be so popular.”

“I think they also appeal because they are ‘proper’ books for boys. I didn’t want them to be trashy throwaways – I wanted them to have depth. In the past, I have written thrillers for adults and I didn’t want to change my style just because I was writing for children.
“Some people say they are quite gory and in your face, but neither are they childlike and boys really like the feeling they are reading something grown up and what they would see as ‘cool’.”


Charlie will be appearing next Friday, 26 June, at the Holloway Arts Festival where he will talk about Young Bond and his new horror series, The Enemy.
Posted by John Cox at 5:22 PM