LINK: The best Bond car ever

"James Bond is back in a Saab Turbo."

That's right. When James Bond returned in 1980 in the first John Gardner novel License Renewed, the author gave 007 a "fuel efficient" Saab Turbo 900. The car was nicknamed "the Silver Beast" and it appeared in the next two books, For Special Services and Icebreaker. Most younger fans now balk at the idea of James Bond driving such a "common" car, but for my money the Saab was the greatest Bond spy car of them all precisely because it was a common car. But oh the secrets it hid under its hood.


Click here for my look back at Bond's Beast. 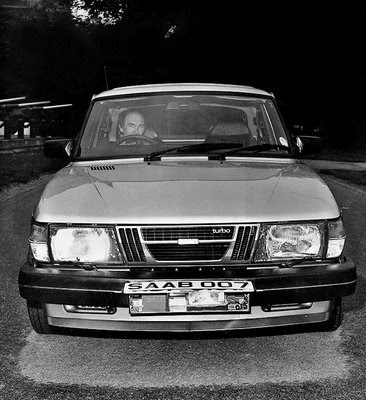