Waterstones.com has an excellent new Q&A interview with Charlie Higson. While the interview is focused largely on Hurricane Gold (just released in paperback), Charlie does offer some nice insight into exactly what makes his young James Bond character tick: 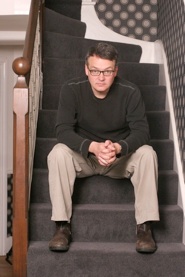 “He is a loner who nevertheless makes friends easily. He has a strong sense of right and wrong. He is brave and resourceful. And he is good at punching. At the start of the first book - SilverFin - he is an ordinary 13 year old boy (albeit one who has lost his parents), starting his first day at "big" school. I wanted kids reading the book to be able to identify with him, I didn't want him to be a mini, shrunk-down version of the super-cool Pierce Brosnan (who was Bond at the time). Neither did I want him to already be Fleming's ruthless, professional killer. Fleming hints that as a boy Bond was a fairly ordinary but he has changed as he has grown older (for the worse). I wanted to show Bond growing up through my books, learning a little about the world, and becoming more cynical and hardened. By the end of By Royal Command we see him poised on the edge of becoming Fleming's Bond. He is very much ready for the next phase of his life. He has come a long way - but still has far to go.”


When questioned about exactly where James goes in the future, Charlie had this to say.

“Well, first of all to a new school - Fettes, in Scotland (that's not a spoiler, anyone who has read the adult Bond books knows the story). But the big thing looming on his horizon is the second world war. The events of By Royal Command take place in 1934 so the war is only 5 years away. Bond will be 19 when war breaks out, and we know that he went into naval intelligence - MI6 - and worked as an agent overseas. I think it would be really interesting to find out more about his early wartime experiences, his training in Scotland, his 1st missions, his gaining the 00 status. That would be a fun job for a writer.”