The man with the golden book 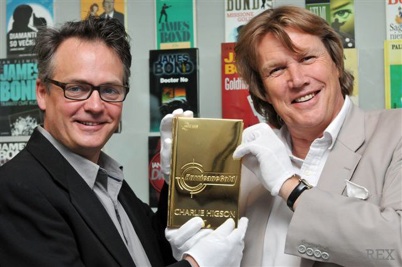 A dazzling 24-carat gold-plated copy of Charlie Higson’s fourth Young Bond novel Hurricane Gold was revealed yesterday at a major press event at the Imperial War Museum in London. The event was attended by author Charlie Higson, renowned jeweler Theo Fennell (designer of the Gold Book), and four lucky schoolchildren from nearby Charlotte Sharman School in Lambeth, who got a close-up preview of the gold book before it went into its display case. 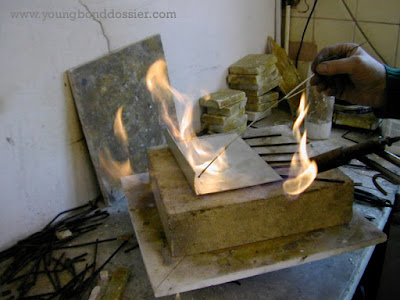 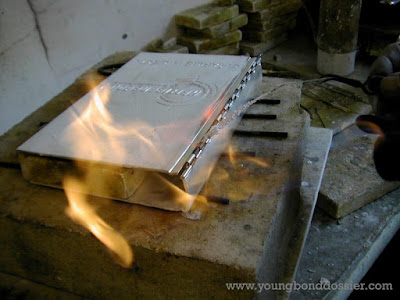 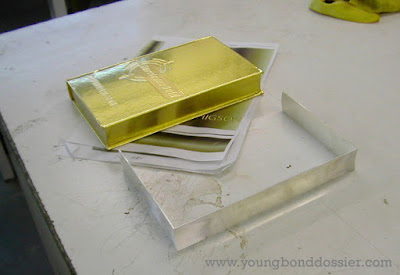 The gold book is now a permanent part of the Imperial War Museum’s For Your Eyes Only: Ian Fleming & James Bond, and forms an integral part of a special Young Bond trail within the exhibition. The gold book takes its inspiration from the rumored treasure in the story and opens up to reveal an inner compartment with an inlay of ebonised wood, containing a very special secret note from Charlie Higson. 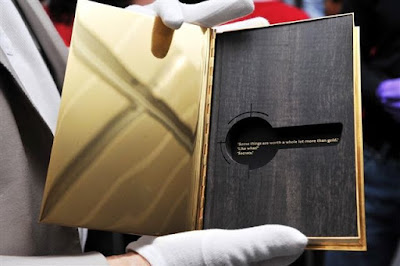 The gold book will also feature as a part of Puffin’s advertising campaign for the paperback edition of Hurricane Gold, due for release on Wednesday, May 28, the centenary of the birth of Ian Fleming.
Posted by John Cox at 11:56 AM