"The early reactions have been great"

The Express has an excellent profile of author Anthony Horowitz in which the author discussed his life and what inspired him to become a writer. It is well worth a click and read in full. Of course, it also offers a few clues about what to expect in his new Bond novel, With A Mind To Kill, which I've excerpted below: 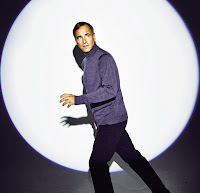 "I wanted a sense of trilogy in my books: my first, Trigger Mortis, was set during the middle of Bond's career, the second, Forever And A Day, at the start, and the new one is the end."

"It's a very different book in tone to the first two. The truth is it's difficult to think up ideas that are better than Fleming's. But if you move the goalposts and come up with a fresh territory then there's a whole new ground to explore.

"So this is a more psychological Bond, it's darker, and the early reactions have been great. I'm really excited about it and proud the estate has come back to me to do two more. It's genuinely been a labour of love; Bond has been so important to me."

"There's a knife fight in the book I've just finished and, as I wrote it, all I thought was: 'How would Fleming write this? Would the camera be on the ceiling looking down at these two small figures facing off, or would it be inside Bond's head looking out?

"One of the joys of writing the third book was that I was intuitively inside Fleming's mind and how he would write. Maybe I'm being too boastful, the book isn't out yet!"

With A Mind To Kill is available for pre-order from Amazon.co.uk (UK edition) and Amazon.com (US edition). 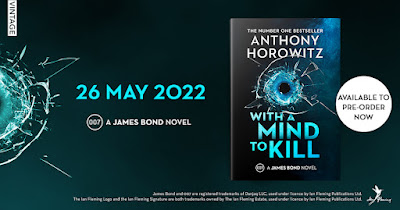 Email ThisBlogThis!Share to TwitterShare to FacebookShare to Pinterest
Tags: Anthony Horowitz, Interviews, With A Mind To Kill