Dynamite has revealed their next original James Bond series, James Bond: Agent of SPECTRE by Christos Gage. According to The Hollywood Reporter, the series sees "Bond recruited into the terrorist organization by Ernst Stavro Blofeld to end an internal power struggle that could have apocalyptic consequences." The first book is due for release in March 2021. 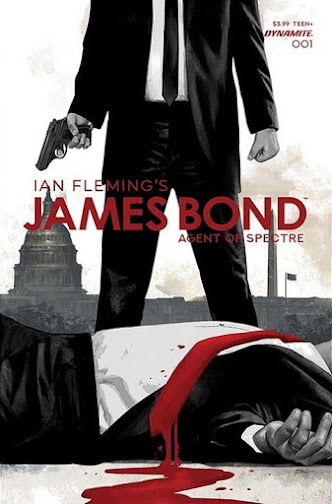 It's a cool concept. Of course, for those of us who know the continuation novels know the idea of 007 being recruited by SPECTRE first played out in 1984's Role of Honor by John Gardner.