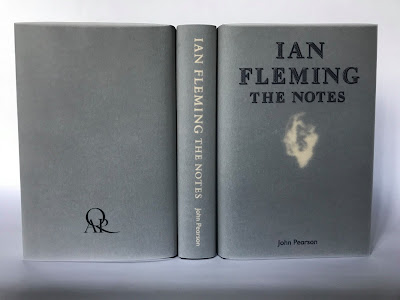 Here are the notes that John Pearson made in 1965 while researching The Life of Ian Fleming. They chart not only Fleming’s life – with details that never made it into the finished biography - but John’s own journey while investigating his subject. As such they form less a series of aides memoires than a book about writing a book. Compelling, insightful, irreverent and written in John’s inimitable style, they make an outstanding read. Never before published, they are available in two limitations:

The Regular Edition is available now from Queen Ann Press. The Deluxe Edition will be ready by the second week of June.
Posted by John Cox at 4:17 PM