Dynamite has released the collected hardcover edition of James Bond: The Body by Ales Kot with art by Luca Casalanguida. 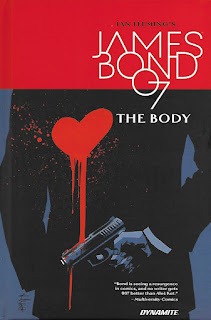 PART TWO - THE BRAIN
James Bond leads the interrogation of a scientist who allowed a lethal virus to be stolen. But when the investigation takes a surprising turn, Bond begins to question whether he is enough.
PART THREE - THE GUT
One sauna. Twenty Neo-Nazis. One Bond. James Bond.
This weapons deal won't go according to plan.
PART FOUR - THE HEART
On the run from a lethal antagonist, weaponless and wounded deep in the Highlands, Bond finds solace with a woman who exchanged her job as a doctor and a life in the city for a cottage and solitary life of a writer. Can Bond find a quiet peace unlike he has known before or will his life choices catch up with him?
AND MORE...


You can purchase the collected James Bond: The Body at Amazon.com (U.S.) and Amazon.co.uk (UK).

This week also sees the release of the first issue of Dynamite's new "James Bond 007" series by Greg Pak and Marc Laming. 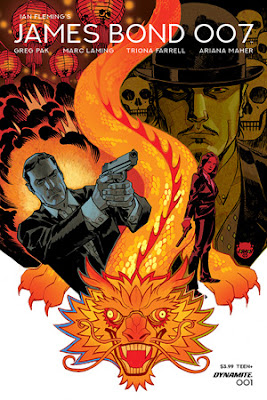