Yesterday Sir Roger Moore died at age 89. Bond fans have been pouring out their grief and also sharing their memories of the man who made more official James Bond movies than any other actor.

As I posted yesterday, Roger Moore was my James Bond. In fact, the very first image I ever saw of James Bond was this 1974 Signet tie-in edition of Ian Fleming's The Man With The Golden Gun. When I finally saw my first James Bond film, Diamonds Are Forever (the ABC television premiere), I remember feeling confused and a little disappointed that the man in the movie was not the sleek, cool guy from this book cover -- the "real" James Bond. 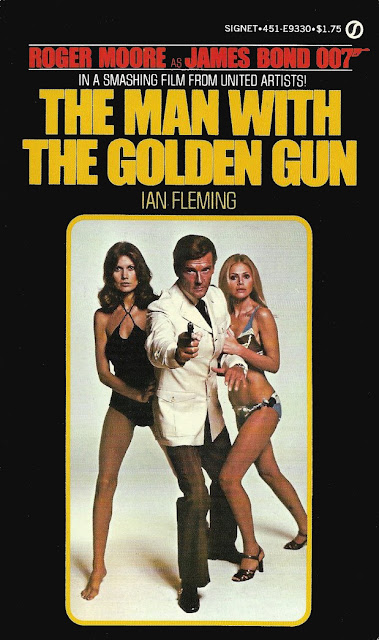 Roger Moore has graced many book covers as the quintessential representation of James Bond. In 1990, a full set of the Ian Fleming novels were released in Turkey, all sporting original Roger Moore artwork. In 1985 a set of four Find Your Fate novels were published with terrific Roger covers. He's also shown up on many of the John Gardner novels. 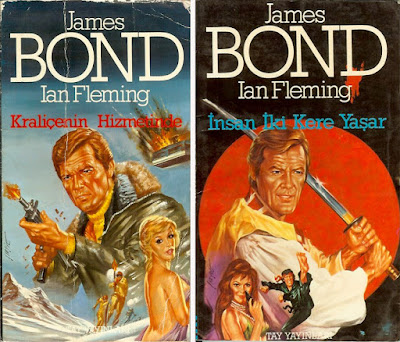 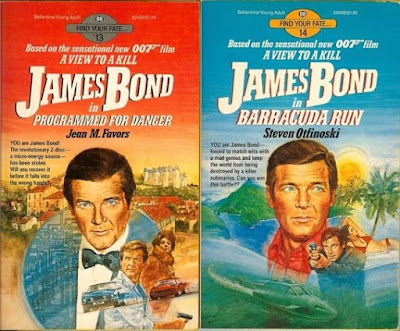 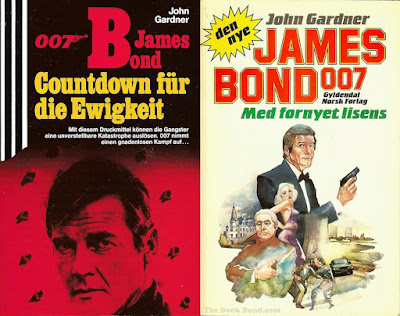 And of all the tributes and articles about Roger yesterday, this piece by A.O. Scott in the New York Times really resonated with me personally, and very much nailed why I consider Roger Moore my Bond and, yes, maybe even the "best" Bond.

Roger Moore Was the Best Bond Because He Was the Gen X Bond
Posted by John Cox at 7:48 AM

Email ThisBlogThis!Share to TwitterShare to FacebookShare to Pinterest
Tags: Film tie-in, Roger Moore, The Man With The Golden Gun