From January through December 1992 Marvel released a monthly James Bond Jr. comic book based on the animated TV series running at this same time. The comics featured the adventures of 007's nephew James Bond (why would he be a "Jr"?), Gordo Leiter ("Radical dude!") Horace Boothroyd (aka I.Q.) and Tracy Milbanks (Tracy - get it?). The group battled Jaws and other agents of S.C.U.M. (Saboteurs and Criminals United in Mayhem). The comics were well done with some fun covers, as you can see below (click to enlarge). 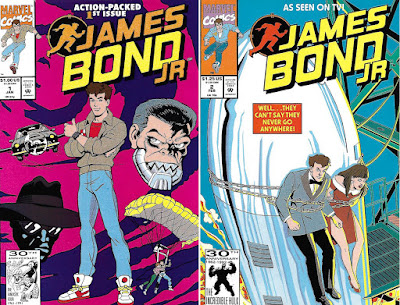 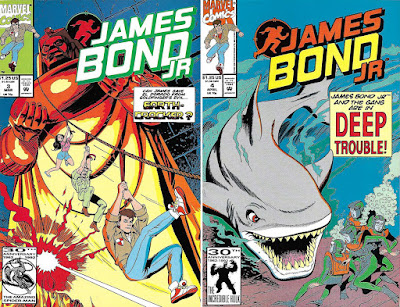 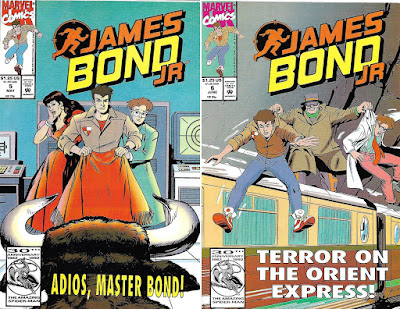 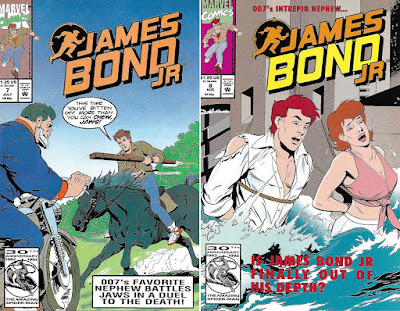 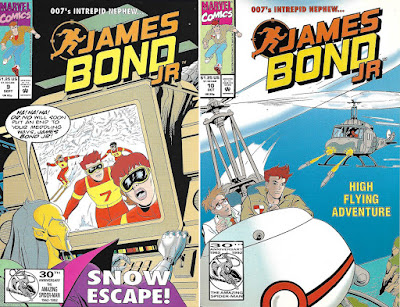 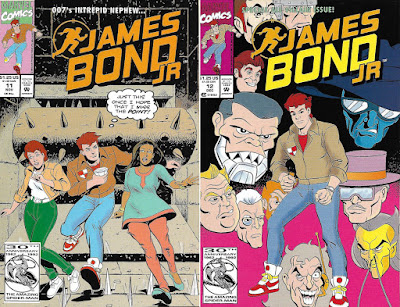 You can learn more about James Bond Jr. HERE.

Thanks to Athena Stamos.
Posted by John Cox at 8:36 AM