The next Young Bond is HEADS YOU DIE

Steve Cole revealed the title and cover art for his next Young Bond novel, HEADS YOU DIE, at the Cheltenham Festival today. No other details have been released (at least I haven't seen a press release yet), but here's a good look at the cover. 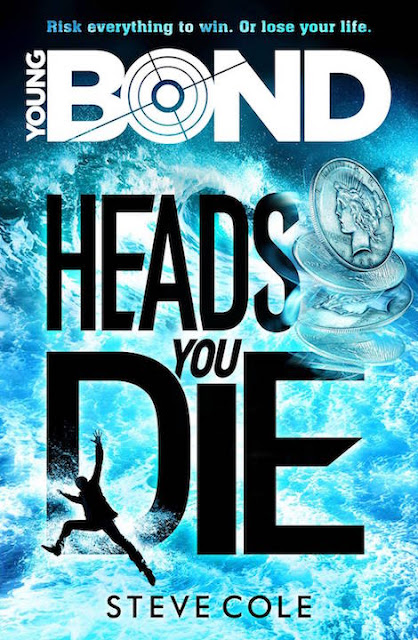 It looks like rough water is going to somehow play a part in the next Young Bond adventure. Maybe an adventure set at sea? That could be fun and unique.