Christopher Wood wrote two of the best Roger Moore James Bond films, The Spy Who Loved Me (1977) and Moonraker (1979). He also penned the novelizations for those films. In the UK his novelization were published in hardcovers by long-time Bond publisher Jonathan Cape. Wood's novelizations remain fan favorites. 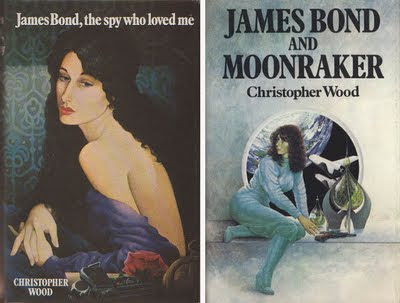 In 2006 Wood published a book about his experiences working in the world of James Bond called James Bond, The Spy I Loved.

You can read more about the life and work of Christopher Wood at his Wikipedia page.
Posted by John Cox at 3:09 PM