Comic Book Resources has scored the exclusive first details of the new "James Bond 007" comic book series from Dynamite. The first issue will be released in November and will be called VARGR. It will be a six-issue story arc written by Warren Ellis with art by Jason Masters.

"Ian Fleming's James Bond is an icon, and it's a delight to tell visual narratives with the original, brutal, damaged Bond of the books," says Warren Ellis.

Great-nephew of Ian Fleming, Diggory Laycock says, "We were thrilled when Warren agreed to write the first story in this exciting new chapter of literary James Bond. Warren's style is gritty, dark, and unique, and we can't wait to see James Bond embroiled in an adventure of his creation."

Below is cover art and official plot description for VARGR: 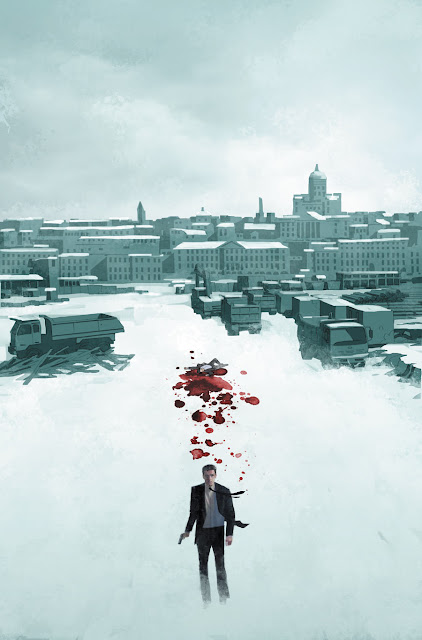 "James Bond returns to London after a mission of vengeance in Helsinki, to take up the workload of a fallen 00 agent... but something evil is moving through the back streets of the city, and sinister plans are being laid for Bond in Berlin."


CBR also has an interview with Dynamite Senior Editor Joseph Rybandt. According to Rybandt, the 10 year license from IFPL will include adaptations of the original novels ("we have our writer for the adaptation of Casino Royale who just started writing the script") as well as an origin series of graphic novels to be set in the period of the original novels.

Read the full story and interview at CBR News.