New Young Bond author Steve Cole has posted a photo on his blog of his just arrived copy of Shoot To Kill. Says Steve, "Well, at last – one year on from when it was announced I was writing the new Young Bond books, a finished copy has arrived. I think it looks amazing. So pleased!" 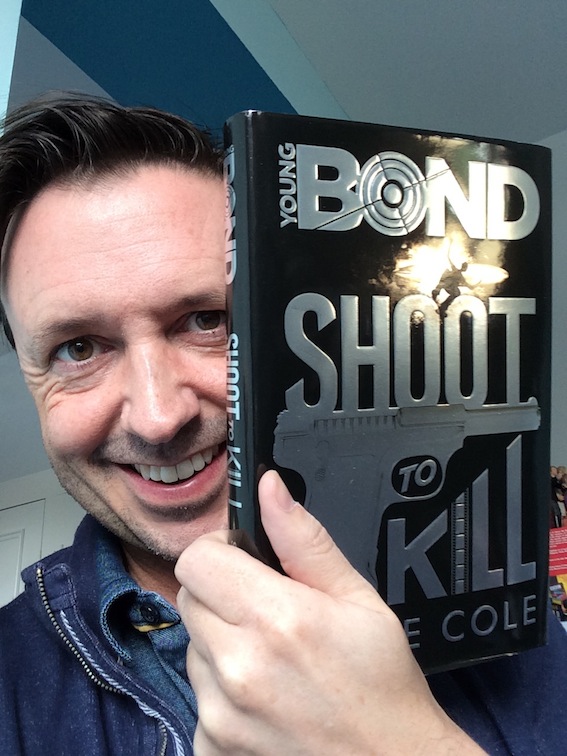 One thing that jumps out at me is that this hardcover from Random House Children's appears to be the size of the recent adult James Bond continuation novels rather than the past Charlie Higson Young Bond hardcovers.

In Shoot To Kill, James Bond heads to Hollywood on his first trip to the United States. The book is set for release in the UK on November 6, 2014. There is no news yet of a U.S. publisher.

Pre-order Shoot To Kill from Amazon.co.uk.
Posted by John Cox at 9:06 AM