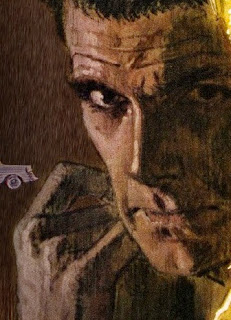 Let's start by talking about the James Bond movies.

Bond movies can be stupid. Gloriously, magnificently, stupid. This is not a criticism. Stupid can be fun. Stupid sells! But in recent years we've seen that Bond movies can also be smart. With the arrival of Daniel Craig, we now have Bond movies rooted as much in character as formula action. And it's amazing how well that has worked out. How many billions has Skyfall made so far?

The James Bond continuation novels, which have run concurrently with the films for most of Bond's post-Fleming existence, have always occupied a conservative middle ground tonally. They never got stupid. They also never got especially smart. They always aspired to offer solid spy stories rooted in reality, but also in a formula that would be familiar to fans of the original Fleming books (or what they chose to remember of them) and the latest Eon films. Overall, the Bond continuations have offered a steady flow of very satisfying, familiar, if maybe a bit unchallenging James Bond. But with Solo by William Boyd, this has now changed.

Solo is the right name for this book. Not because "OO7 goes solo" -- a nifty marketing slogan. It's because author William Boyd goes solo into the juggernaut that is "James Bond OO7" and fearlessly does his own thing. Not since the very first continuation novel, Colonel Sun, has there been a Bond book less concerned with the industry that is James Bond. Boyd simply tells a riveting story of espionage, geopolitics, and a British secret agent in 1969. But the ghost of Ian Fleming is right there by his side.

Solo is smart, serious, and much more concerned with capturing atmosphere than action. In fact, Solo is largely action free. Those who think this isn't "Bond" need to re-read their Fleming. This is Bond at the core. The real Bond. The thinking man's Bond. You don't read this book for exploding trains. You read it to visit West Africa. You read it to get a lesson on geopolitics in a post colonial Britain. You read it for sex. But above all, you read this book to walk with a committed middle-aged bachelor in the 1960s with a fetish for the finer things in life and a damn dangerous job. It's like paging through an issue of Playboy from the '60s when it was a true male lifestyle magazine that mixed sex, politics, fashion and toys "for the discerning bachelor." Fun.

Solo is also a hugely moody and internal book; a book that brings us back inside James Bond. Turns out that's a pretty dark place. Because the James Bond of Solo is an extremely Dark character. But not in the obvious commercialized "darkness" of a Batman (or even Skyfall). Bond is simply a man who is resigned to living a solitary, voyeuristic, and dangerous existence which, like a cancer, is eating away at his soul and will kill him one sunny day. But Bond never openly thinks this himself. The Bond of Solo only worries about where his next shower and plate of scrambled eggs might come from.

Because James Bond drinks in Solo. He drinks a lot in Solo. He drinks morning noon and night. He drinks alone. He drinks full bottles. And when faced with the prospect of a 24-hour stretch without a restaurant or ready pub, he buys and pockets a bottle of whisky just in case (and indeed drinks it). In fact, Bond thinks more about alcohol than his mission in this book. That's because the James Bond of Solo is an alcoholic. Again, not in the falling down obviousness of a Hollywood production. In fact, those who have read the book might be surprised at my declaration here. But the book quietly screams Bond's functional alcoholism as many of the Fleming books quietly scream it as well. But how can a guy as cool and in control as James Bond be a drunk? There you go again. Don't think "James Bond OO7" of the films or even recent books. Think Don Draper of Mad Men. Coolest guy in the world? Absolutely. Cold, tormented, war-damaged alcoholic? That too. And that's the real James Bond. The James Bond of Fleming and the James Bond of Solo...if you think about it.

Okay, enough about The Man, what about the plot? Does Solo have a ripping good story? The answer is...somewhat.

(Spoilers ahead)
Solo challenges convention, both as a Bond novel and as a thriller. Boyd is not a thriller writer and he doesn't try to be. The book is not packed with twists, not a single chapter ends in a cliffhanger, and there is no countdown to Armageddon. You walk with OO7 in this book, you don't run with him. The plot peels away slowly (sometimes very slowly) and is resolved with an explanation, not a shoot-out. It's much more of a mystery than a thriller. You might even go as far to say Solo's mostly a character study. But none of this is criticism. Not to join the mob of Devil May Care bashers (I enjoyed the book myself), but while reading Solo I couldn't help but think that this was the mature Bond book from a seasoned writer that we all expected from Sebastian Faulks.

But this also means Solo doesn't have a central show-stopping moment -- no Casino Royale torture scene or Goldfinger buzz saw. That's how Fleming often overcame his own penchant for plots that sometimes meandered. And Boyd misses some easy opportunities to build suspense. A prime example is Bond's meeting with the mysterious Gen. Adeka. Shouldn't Boyd have taken his Heart of Darkness idea here all the way and had OO7 gripping a gun or knife in his pocket ready to complete his mission for M? Then the revelation of Adeka's condition would have had even greater impact. Instead, it's unclear what, if anything, Bond is intending to do other than actually interview the General. It's as if both Boyd and Bond have forgotten the mission completely. If I have a complaint about Solo, it's that Bond's plans are too often ad hoc.

But what Boyd does better than many of his fellow continuation authors is his handling of female characters and sex. Solo is a sexy, even erotic book. But it's also kinky and carnal. Bond's observations of the women of Solo are highly voyeuristic (literally in the case of Bryce), and Boyd takes his time building up lust for Blessing in both Bond and the reader. When it finally culminates, its not only sexy, but also a little alarming. It's a kill rather than a winking conquest and certainly not love. All that can come after is loss, which Boyd, like Fleming, heaps onto his secret agent.

Boyd also fearlessly upends the convention of the Bond villain. Bond's main antagonist in Solo is Kobus Breed (think Sharlto Copley), who's really more of a henchman. I kept waiting for the revelation of the main villain -- the Blofeld in the volcano pulling the strings. Boyd even hints at a master villain throughout. But in the end the villain in the volcano is just a collection of legally operating oil companies. The only lawbreakers are the blood-soaked Bond and Breed. The true villain is indifference to suffering and greed. The villain is the future. And the villain wins. For James Bond the only future is to be stalked by the past (literally), and the reality that he probably can't afford the new car he covets; a Jensen FF Mark I. The future for James Bond is greater darkness, greater loneliness, and more alcohol.

But if you hadn't caught on in the proceeding 232 pages, the ending of Solo is your final clue that what you just read was not a thriller or action book and certainly not an adventure of jolly old James Bond OO7. It was the next -- and maybe last -- chapter of Ian Fleming's dark man in silhouette. A man we have not heard from in a very long time.

Solo is available now in the UK from Jonathan Cape (Amazon.co.uk) and the U.S. from Harper (Amazon.com).
Posted by John Cox at 10:50 AM