WIN LOSE OR DIE and BROKENCLAW released in U.S. 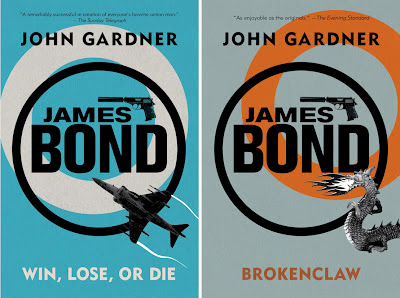 Pegasus appears to have skipped over Licence To Kill. Perhaps the U.S. publisher isn't going to reprint the novelization as Orion did in the UK? The next two books, The Man From Barbarossa and Death Is Forever, are scheduled for release on February 6, 2014.


Visit our special Gardner Renewed page for links and release dates for all the Gardner-Bond reprints in the U.S. and UK.
Posted by John Cox at 8:42 AM