Pre-order BOYD'S BOND in Large Print and for Kindle 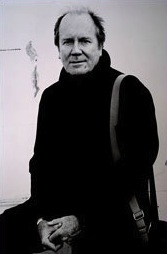 William Boyd's upcoming Untitled James Bond novel is now available for pre-order in the U.S. as a Large Print paperback and Kindle eBook. A listing for the hardcover edition appeared on Amazon last week. The book will be released in the U.S. on October 8, 2013.

Continuing our starvation diet in regards to info on the new Bond, the Kindle version only says this under the Book Description:

Unti Bond Novel by William Boyd has descriptive copy which is not yet available from the Publisher.


No word from IFP on when we might get a title. The title and cover art of the last Bond novel, Carte Blanche by Jeffery Deaver, was revealed in January of the release year. Of course, that book was a Summer release and Boyd's Bond is scheduled for Fall.