From Italy with love

Yesterday we got a first look at the French Carte Blanche cover art -- today we have the Italian. This was just posted on author Jeffery Deaver's Facebook page. Looks like Italian publisher Rizzoli isn't going with the smoke trail motif that I expect we'll see on most international editions, but are doing their own thing. Hey, I like it, if for no other reason that it's different. 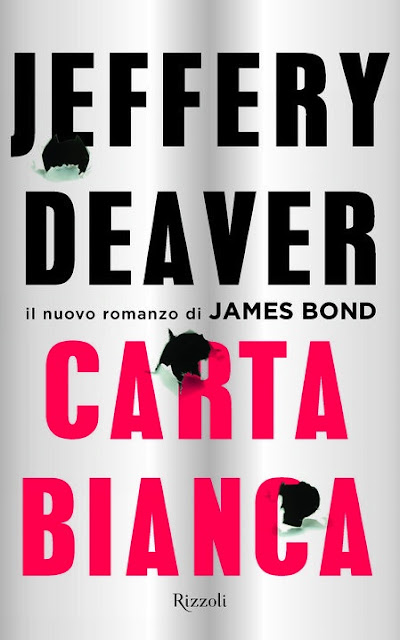 The Italian Carte Blanche (Carta Bianca) will be released on May 26 and can be pre-ordered at BOL.it and Amazon.it.

Carte Blanche will be released in the UK, Ireland, Australia, New Zealand, Italy, the Netherlands, and Korea on May 26; in France on June 1; in the Czech Republic on June 6; in the USA and Canada on June 14; in Israel on June 15; in Spain on June 26; and in Poland on June 29.
Posted by John Cox at 9:31 AM