Deaver’s 007 will be a younger Bond 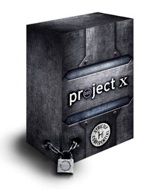 During his recent US book tour (promoting The Burning Wire

First off, Deaver’s 007 will be a young Bond. Deaver confirmed that Project X will be a contemporary “reboot” and will feature a James Bond somewhere around 28-30 years of age. “We haven’t exactly settled on an age yet,” he says. Born in the 1980s, Bond will be a veteran of the Afghan War (Operation Herrick) and part of an elite new double-oh section which specialized in assassination and whose agents are disavowed if ever compromised. Fans on the CBn forums have tagged this new Bond, "XBond."

But Deaver took pains to point out that while this is a new, younger James Bond, he will still be very much the complex and somewhat dark character created by Ian Fleming.

Deaver revealed the story will span 4 or 5 days and will retain classic elements including M (who will be male again), Miss Moneypenny, and Mary Goodnight. Bond will still have a housekeeper, although it will not be the Scottish May (Deaver hinted at a Pakistani or Indian nationality). Also, prompted by my question, Deaver assures that the book will be spiced up with some nice Flemingesque sex.

Currently there is no title, but Deaver says he’s come up with a list of some 45 titles to choose from. He hinted that the title would refer specifically to the object of Bond’s investigation, so it doesn’t sound like we’ll get a generic Bond title like Devil May Care (although with 45 selections there must certainly a few generics in there, so it’s a little early to say for sure).

While the official Project X countdown clock shows a May 28, 2011 release date (Ian Fleming’s birthday), Deaver noted that this is a Saturday, so it’s not certain whether the book will be released on that exact day.

Deaver said he and IFP have some nice web-based promotions planned (currently there is a teaser on the Project X website promising a “one-of-a-kind event”), so keep checking The Book Bond for the latest breaking news on Project X.
Posted by John Cox at 8:01 AM