Owen Richardson’s cover art for the U.S. hardcover edition of Charlie Higson’s By Royal Command has appeared on Amazon.com. 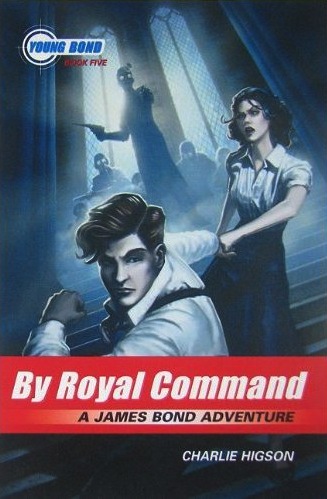 Interestingly, this cover is slightly different than what we showed you last month. While the key art is the same, you’ll noticed this cover does not have the new title treatment that is to feature on all the new U.S. Young Bond novels starting with the paperback Hurricane Gold in April.

We have confirmed with our friends at Disney Books that the cover art we brought you last month is the final art. This Amazon artwork appears to be an earlier concept, which means you might want to snatch it while you can as it will almost certainly be updated.

By Royal Command will be released on May 18, 2010 and can be pre-ordered at Amazon.com.

UPDATE: Wow, that was fast. The artwork has already been updated. Amazon has also updated the cover art for the Hurricane Gold paperback.
Posted by John Cox at 5:02 PM