Young Bond is back in A HARD MAN TO KILL The just released UK paperback edition of By Royal Command contains an exclusive extract of an all-new Young Bond short story by Charlie Higson. For those fans outside the UK who cannot lay their hands on the book, here’s what the extract reveals.

The story is called A Hard Man to Kill and is set between the books Hurricane Gold and By Royal Command. The story finds James and his aunt Charmian traveling the Caribbean aboard the pleasure yacht Amaryllis (fans may recall this was Charlie’s original name for Precious Stone). In Pointe-à-Pitre Guadeloupe, James and Charmian meet up with the French Ocean Liner Colombie for their journey back to Europe. James looks forward to a relaxing, lazy voyage. But a villain named Emil Lefebvre and a mysterious hooded convict named Caiboche suggest this journey may be far from uneventful...

A Hard Man To Kill -- the longest James Bond short story yet written -- will be published in the new companion book, Danger Society: The Young Bond Dossier, due for release on October 29, 2009.

Purchase By Royal Command at Amazon.co.uk. 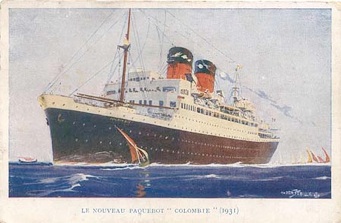