Young Bond is BACK! 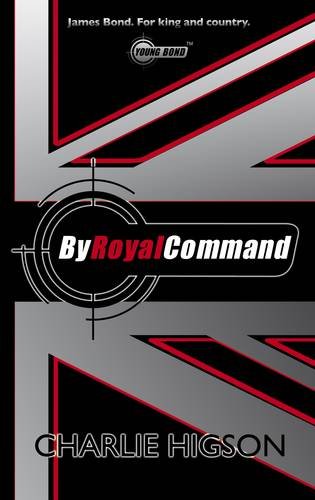 By Royal Command sees James Bond thrown into the midst of a dangerous, spy-ridden plot that threatens to put both King and country at risk. Set between the two World Wars and moving between Eton and the chilling slopes of the Austrian Alps, By Royal Command sees the young James Bond put to the test as never before. Not only are his bravery and loyalty on trial, but the arrival of a pretty, young maid at Eton also teaches him a lesson of the heart.

By Royal Command completes Charlie’s five book cycle of Young Bond novels that began in 2005 with SilverFin. Says Charlie, “It’s a great way to finish off the series, and at the end of it we really feel that James is poised for the next phase of his life.”

By Royal Command is released by Puffin Books as a hardcover and audiobook.

Read my exclusive interview with Charlie Higson to find out what the future holds for Young James Bond.
Posted by The Book Bond at 12:32 PM