The Ian Fleming origin of "Manny the Girl" 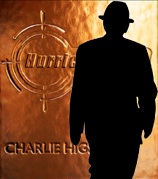 We all know Charlie Higson has been planting references to the original Ian Fleming novels in his Young Bond series. Some have been easy to spot -- such as Bond seeing the doorway of Universal Exports in Double or Die. Some have been a little more obscure -- such as Bond witnessing a circus performance by The Mighty Donovan in SilverFin. But here’s a Fleming reference that may have gone unnoticed by even the most studied Bond aficionado.

In Hurricane Gold we meet the brain damaged henchman “Manny the Girl.” Higson tells us Manny received his nicknamed because his M.O. of robbing banks dressed as a woman. Great stuff. But could this nickname also have its roots in Fleming?

On page 113 of James Bond The Man and His World by Henry Chancellor (an excellent book I highly recommend) we get a rare peek at a list of unused character names from an Ian Fleming notebook. Among gems like Betty Freshette, Pearl Dazzle, Pelikan Strat, and Doctor Thong we find...

Have you spotted any other Fleming references in the Young Bond series that may have been missed. If so, drop us an email.
Posted by John Cox at 4:58 PM