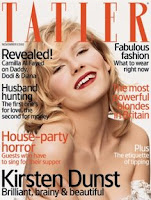 Titled "For Your Eyes Only, James" the fully illustrated story runs approximately 3,000 words and describes a weekend Bond and Moneypenny spend in Royale-les-Eaux in 1956 (setting of Ian Fleming's first James Bond novel, Casino Royale). Author Weinberg says she hopes the story is "fun in a rather risque manner."

This is the first James Bond short story since Raymond Benson's "Live At Five" appeared in TV Guide in the 1999.
Posted by The Book Bond at 3:08 PM