BOOK BOND REVIEW: The Bond movie that made me cry (well, almost) 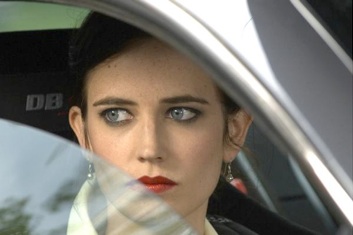 This movie shook me up (no, I’m not going to make a “shaken not stirred” joke). I really don’t know how to write a proper review, so I will just jump right into what, for me, were the pros and cons of Casino Royale


PROS
Daniel Craig IS James Bond:
I LOVED him! I couldn't take my eyes off him. I wanted more, more, more! My private fear going in was, while I knew DC was a great actor, was he a leading man? Could he carry a movie? The answer is YES. I've been saying Craig is a British Steve McQueen. Not so. He's better than Steve McQueen. His ability to communicate pain, both physical and mental, is astounding. He deserves all the praise he’s getting. Craig really is one of the best Bonds, and if the quality of the movies stay high, he could easily become the greatest. He’s also now a true Movie Star. His casting was pure genius.

Eva Green IS Vesper Lynd:
I fell in love last night – and then I watched her die...horribly. Eva Green’s Vesper wrecked me! She was beautiful and spooky and sexy and tragic. She is the female animal that I will always love and never understand. Watching her and Daniel play against each other…my god!…every scene between them was sweet, sad, funny, tense…and when she finally offered herself to him (offered herself, he did not take her), it was one of the sexiest moments in cinema. And, yes, when she killed herself, I felt a wave of emotion and, had I let myself, I could have easily cried. Needless to say, emotion like that has never hit me in a James Bond movie before. Today, all I can think about is Craig and Green/Bond and Vesper. They’re haunting me.

Torture scene:
It was perfect! Daniel Craig…oh, I don’t need to keep saying it…just assume everything that works in this film comes largely down to Craig’s huge talent. As painful as it was, I actually wanted it to go on a bit longer (a few more hits) because Craig was just so thrilling to watch as an actor. And to insert the movie’s biggist laugh into this scene was pure genius. Thank you, Eon, for having the balls (hehe) to include this scene.

Main titles:
Daniel Kleinmann delivered. He reinvented the Bond titles in a way that was new, yet old…whatever…they just worked! I saw them as a tribute to Fleming and the literary Bond in the way they seemed to evoke book cover art. Hope he sticks with this style.

The poisoning scene:
Every bit as good as I hoped it would be, and I had high hopes. Ditto to...

The Madagascar foot chase:
Loved it! The audience applauded at the end. One of the best Bond action sequences ever with a terrific ending. A new classic.

Felix:
Jeffrey Wright’s Felix has one brief scene with Bond…and instantly we have the best Felix moment and the best Felix actor in the series history. He MUST come back.

Sets, locations, costumes:
All beautiful and all Bond. First class. The special, timeless world of James Bond is alive and well. Unlike other “back to basics” Bond movies, we lost nothing. And what we gained was...

The emotion:
For years the filmmakers have tried to inject real emotion into the Bond franchise…this time they succeeded. After this movie, it’s going to be very hard to watch something like TWINE (with its tortured attempts at DRAMA). Normally, I don’t like the personal element in my Bonds. But here it MADE the movie for me. In fact, when this movie hits DVD, I see myself fast forwarding though the action just to get to the next Craig/Green scene. But this injection of emotion also brings something very new to a Bond film...

The movie is genuinely upsetting:
This may be an odd thing to list under “pros”, but I found Casino Royale to be a very dark and truly upsetting movie. I applaud the artistic achievement here. But maybe this is why I can’t seem to write a proper review or have one feeling about it. It freaked me out. This is not Goldfinger or The Spy Who Loved Me. This movie is by no means “fun.” It’s rough. It plunges us into a very dark, dangerous, and violent world and stays there. Good people and bad people die at the hands of some great unseen evil that is still out there. In the end, the world is not saved, and Bond does not win. He loses everything, including his soul. 24 hours after seeing the movie I still feel unsettled. It’s that powerful.

No puns:
Thank you!


CONS
David Arnold's score:
Didn’t David Arnold promise us a “new sound for a new Bond”? Well, to my ear, he didn’t deliver. It just sounded like every other Arnold Bond score and that REALLY bothered me because this movie demanded and deserved better. I hated watching Craig play his scenes against the soundtrack for TND-TWINE-DAD. I also felt the movie was over scored. Too much music! Look, here comes Solange with her tinkly theme that tells us she’s female. The music worked against the new realism and too often gave the movie a bombastic feel. I don’t know, maybe I’m being hard on Arnold (God knows I couldn’t score a movie), and maybe on repeated viewings I will come to appreciate the score (I think I said this about DAD as well -- I haven’t). But walking out of the theater last night, my strongest reaction to this movie, besides my love of Craig and Green, was that I hated the music. (But this does not extend to Cornell’s song which I like a lot).

Bahamas and Miami action:
Rushed and confusing. The museum knife fight, which should have been pure Bond, was poorly staged and had no atmosphere whatsoever (shocking, considering the eerie setting). Again, natural sound instead of on-the-nose Action Music could have helped here. After the Miami airport sequence, I turned to my companion and asked if she understood what just happened and why. She said, “I have NO idea what’s going on in this movie.” I felt the same way. For all the talk of this movie being different, here I was watching just another Pierce Brosnan era Bond rushing to get to the next overloud action sequence (then Vesper came along and saved us).


QUIBBLES
Le Chiffre:
Mads Mikkelsen is a good actor and his Le Chiffre was very creepy. But I didn’t want creepy. That’s the role of a henchmen. I wanted gravitates. Le Chiffre is one of the great Fleming villains (and our last chance to see a true Fleming villain on screen), and I feel like a casting opportunity was lost. Daniel needed the modern equivalent of Peter Lorre (CR ‘54) or Orson Welles (CR ‘67) sitting across from him. Weak villains played by (young) minor actors is very business as usual. Shame this didn’t get a “back to basics” reboot (Gert Frobe, Robert Shaw anyone?).

The gambling:
These scenes were good, but they should have been the highlight of the movie and they just weren't. Maybe I needed a quick lesson in Texas hold'em. I don’t know the game, so when cards turned up, I had to wait for someone to tell me who won. How was there not a quick little “lesson” inserted in there for the audience? Also, the inclusion of score, which too often telegraphed what was about to happen, was a real tension killer. Gambling scenes should be played dead quite, IMO.

Pre-titles sequence:
A bit of a let-down after all the hype. The recent PTS’s have been too long, now we have one that’s a little too short. The bathroom fight side of the story felt cut down to almost nothing (shame they cut the scenes shot at Eton).

Martin Campbell:
I sometimes feel like he'll sacrifice anything for the sake of speed. Still, he was there helping craft those wonderful scenes between Daniel and Eva, so he deserves a lot of credit. And the last Bond flick I liked as much as this one was GoldenEye, so....

Aston Martin DB5:
Why is it in this movie? I felt sorry for it. It’s the villain’s car. Bond has no connection or love for it. He probably dumped it in the bay when he left The Bahamas. They should have left it in the past.


OVERALL
Today I give the film an 8 out of 10...but this will probably go up to 9 (or even 10?) on repeated viewings. Congrats to Eon, Daniel Craig, and all involved for giving Bond a new beginning. 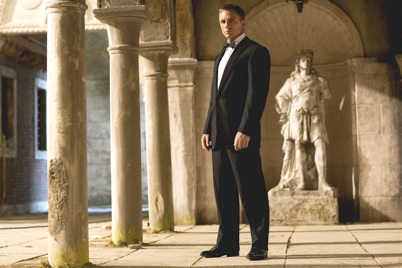 UPDATE: Just back from my second viewing and my opinion of this movie is even higher. My cons are now quibbles and my quibbles are now nitpicks hardly worth mentioning. As predicted, CR is now a solid 9 and will probably grow into a 10 by DVD time (when, in the privacy of my own home, I can finally cry my eyes out for Vesper). This really is one of the greatest Bond films...ever.
Posted by John Cox at 7:23 AM